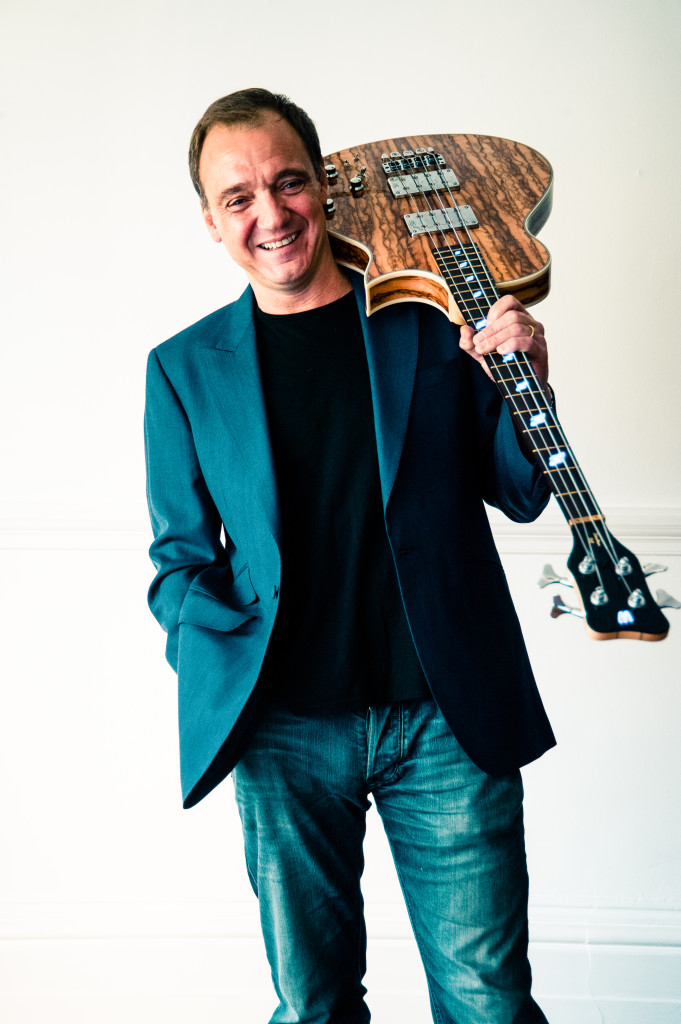 Celebrating 30 years as the bass player of choice for the heavyweights of rock and pop.

A fascinating glimpse behind the rock ‘n’ roll curtain.

He regaled the audience with hilariously indiscreet anecdotes about the stars he’s worked with.

What tales he has to tell.

An hour of rip-roaring anecdotes.

A natural raconteur with a droll turn of phrase.

Bass players are ten a penny but a good wit is hard to find, so we hired him.

And when he’s not been parading his talents live on the stages of every stadium, concert hall and festival around the world, he has been a favourite studio bassist and accompanying singer for the biggest recording artists including Madonna, Michael Jackson, Iggy Pop,The Pretenders, Echo and The Bunnymen and McFly.

His one man show is all about life at the pointy end of the music business; Guy regales audiences with stories from behind the scenes. His self-deprecating wit is irresistible and his rip-roaring anecdotes are brilliant and outrageous. This is an evening which is both funny and frank with enough insider’s references to satisfy even aficionados – and he’ll be bringing his beloved vintage Fender bass to demonstrate his craft.

Guy is also a composer who has won a Grammy and been nominated for two Ivor Novello Awards – not bad for a bloke who just “hangs around with the band”!