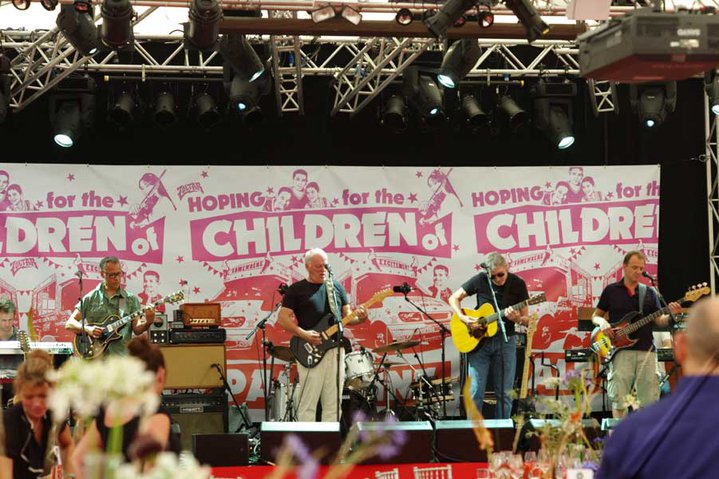 It’s True! David Gilmour & Roger Waters per­formed together including a ver­sion of Wish You Were Here at the Hoping Foundation Benefit Evening on Saturday 10 July. Guy Pratt was also on stage.

The tracks per­formed were: To Know Him Is To Love Him, Wish You Were Here, Comfortably Numb, and Another Brick in the Wall (Part …2). The band con­sisted of David, Roger, Guy Pratt (bass and acoustic guitar), Harry Waters (key­boards), Andy Newmark (drums), Chester Kamen (guitar) and Jonjo Grisdale (key­boards).